The life of Yu Chen
​-- compiled by his friends and family

Yu Chen was born on December 30th, 1973 in Zhengzhou, Henan, China. Both his parents worked for the military; his father was a senior engineer, and his mother was a doctor and researcher.

When Yu was 5, his father was appointed Director of the Integration Design Division at an air base. He was later promoted to Commander of the First Section of the air base, making significant contributions to scientific research and development for the Chinese Air Force. Yu’s family lived at the air base, located in northwestern China, until Yu entered middle school. Yu’s childhood experience in the extreme climate of the Gobi desert and the strict discipline of the air force nurtured in him the qualities of perseverance and self-discipline that characterized him for the rest of his life.

​During this early period, Yu demonstrated exceptional intelligence and a zest for learning and was at the top of his class. However, the air base was in a secluded area with a small population. In order to provide better educational opportunities for their son, his parents decided to sacrifice their careers in the military and transfer to civilian jobs in their hometown of Zhengzhou, a metropolis with a population of 9.5 million. Yu transferred to No. 8 Middle School in Zhengzhou and was later admitted to No. 1 High School with outstanding academic records. He continued at the top of his class in both schools. Despite his stellar academic performance Yu was humble, warm-hearted, friendly, generous, and always helpful. He patiently assisted his classmates whenever they came to him with questions, and always encouraged them. Outside of school Yu began to serve the community and help those in need. He cared for an elderly widow until she passed away, using his own allowance to buy food and medicine for her.

​In 1990, Yu was admitted to Peking University (PKU), one of China's most prestigious universities. He was exempted from the college entrance exam because of his academic excellence and well-rounded extracurricular activities. In the aftermath of Tiananmen Square all incoming freshmen of PKU were required to complete one year of  military training at the Xinyang Military Academy in Henan Province before beginning their studies. Although many students and parents considered this an unproductive waste of time, Yu took it as an opportunity to toughen himself spiritually and physically. He fit naturally into the military environment and applied himself rigorously. He was appointed Monitor of the 1st Squad of the 1st Detachment in the 27th Squadron of the 6th Battalion of the Academy. The Detachment Leader used to joke that as a trained squad monitor Yu would be the first to go to the front line had there been a real war. This was no joke to Yu -- he would not hesitate to sacrifice himself to serve society. Yu also led his squad in many volunteer activities, both within and outside the Academy. Although Yu was the organizer he sought no credit, instead seeking commendation for others. During a tunnel-digging project, a classmate suffered an ankle injury while operating a wheelbarrow. Yu ordered medical leave for him and petitioned for recognition in the classmate’s honor. Yu also did laundry for the injured classmate as well as took overnight sentry assignment for others in need. His classmates from that year of military training remember him for his generosity, cheerfulness, and care for others.
​ 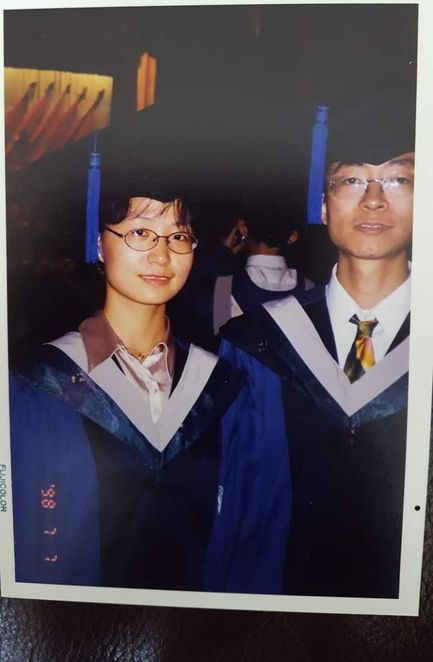 In Fall 1991, Yu returned to PKU with the other students of the class of 1995 to begin his undergraduate studies. Although they brought their military bedding sets with them to PKU, all but Yu fell out of the habit of making the perfectly square bedding required in the military academy. The “square” discipline would stay ingrained in him regardless of time or place.

Yu majored in nuclear physics in the Department of Technological Physics, continuing at the top of his class at PKU. He was the student every professor wanted to have. He became a teaching assistant for many of them and conscientiously prepared far more thorough answers, derivations, and explanations than the students could themselves.

Yu also spared no effort when his classmates needed help. Even when they were hesitant to ask, Yu offered assistance as soon as he perceived a need.

In addition to his exceptional academic performance Yu demonstrated a keen interest and talent for scientific research. Outside of his studies he was an avid runner, body builder, and swimmer.

Despite his strict self-discipline, Yu was warm, cheerful, and amiable. And he was always willing to open up and share his own growing pains with his classmates. His nickname “Lao Bang” (老 棒, loosely, “old baton or stick”) came from the jokes and pranks of this period. It was not a flattering choice, since it implies an excess of discipline and rigidity, yet Yu actually embraced it and often used it himself because of the brotherly love from which it arose. Ironically, the character “Bang” standing alone can also mean “excellent” or “smart” or “admirable.”

After completing his undergraduate studies in 1995, Yu continued at PKU as a graduate student, again with the entrance exam waived because of his outstanding academic performance. He became the last protégé of Professor Jiaer Chen, a distinguished member of the Chinese Academy of Sciences and President of PKU. 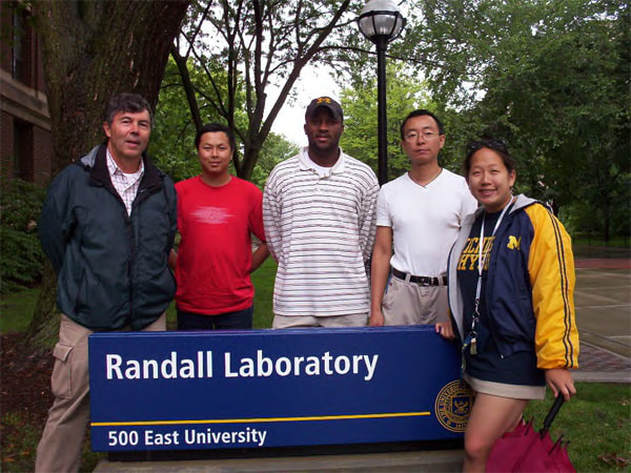 In 1998, after earning his M.S. at PKU, Yu was admitted to the University of Michigan (UM) to pursue a Ph.D. in physics. In the eyes of his classmates and friends, Yu’s focus and persistence epitomized meticulous scholarship. The term project for one computer science (CS) course was to design a CPU. His design so far out-performed those by CS majors that it was selected for fabrication. But Yu remained humble, telling his friends that all UM students are excellent and he needed to spend a tremendous effort just to keep up with them.

Yu developed more life-long friendships in Ann Arbor, both inside and outside his area of study. He enjoyed discussing scientific subjects with friends and organized a club for this purpose. He also enthusiastically participated in outdoor and sporting activities and cajoled his friends into joining him, including some who were previously physically inactive. Yu’s Ann Arbor apartment was a center for social gatherings. He particularly enjoyed hosting dinner parties for large groups of friends. He always insisted on doing the cleaning himself following dinner, while joyfully chatting and laughing with them. For him, hosting, cooking, and cleaning up afterwards were not chores but a blessing, because he could be with his friends.

In 2005, after receiving his Ph.D., Yu remained in Ann Arbor to conduct postdoctoral research in Radiation Oncology. His main focus was radiotherapy for cancer patients, a continuation of his doctoral work but closer to clinical applications. He derived great satisfaction from his research, knowing that his findings could potentially improve the lives of many cancer patients. His eyes would sparkle as he eagerly talked about his research experiences and his desire to help cancer patients. 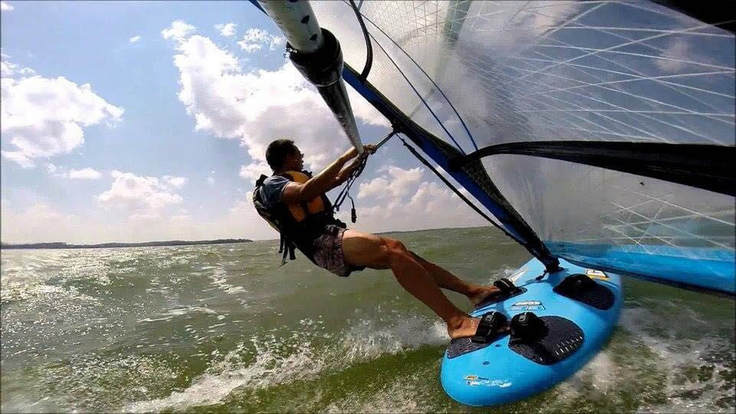 ​In 2007, Yu moved to Madison, Wisconsin to become a research medical physicist, instead of choosing a more lucrative and secure career as a clinical medical physicist. He believed radiotherapy research was a foundation for effective clinical applications, and breakthroughs could benefit a wide range of cancer patients. He was a core contributor to the research and development teams at TomoTherapy Inc. and 21st Century Oncology.

Yu published a dozen research papers, frequently presented his discoveries at international conferences in cancer radiotherapy, and contributed to several patents. He developed software for clinical medical systems, including what became TomoEdge, a radiotherapy system used in hundreds of cancer centers around the world to treat thousands of patients every day. Meanwhile Yu continued to live an active life in Madison: he enjoyed going to shooting ranges, hiking, rock climbing, swimming, kayaking, snowboarding, and picnicking with his friends. In winter, he organized ski groups of up to a hundred people. With a voice of near-professional quality, Yu also enjoyed singing and producing his own amateur recordings.

In 2009, Yu discovered and fell in love with windsurfing and sailing at the Hoofer Sailing Club on Lake Mendota. He became one of the best windsurfers on the lake and was frequently a top finisher in club windsurfing races (held only during the 2010 season).

Yu continued to share his passions eagerly with others. In 2012, he became a volunteer windsurfing instructor at the club. He spent over 250 hours teaching lessons and many more hours supervising windsurfer test-outs. He regularly participated in club infrastructure and fleet work parties, and was well-known for his gentle helpfulness to anyone on the windsurfing deck who needed assistance.

​True to form, he also volunteered regularly for his favorite, the Hoofer Outreach Program, which takes underprivileged youth on sailboats to experience Lake Mendota. And he produced a youtube video to inspire the local Chinese community to try windsurfing.

Yet he also made time to sit on his favorite bench in front of the Lakelab; he wrote about gazing out at the lake and reflecting on his Lake Mendota friendships and experiences. 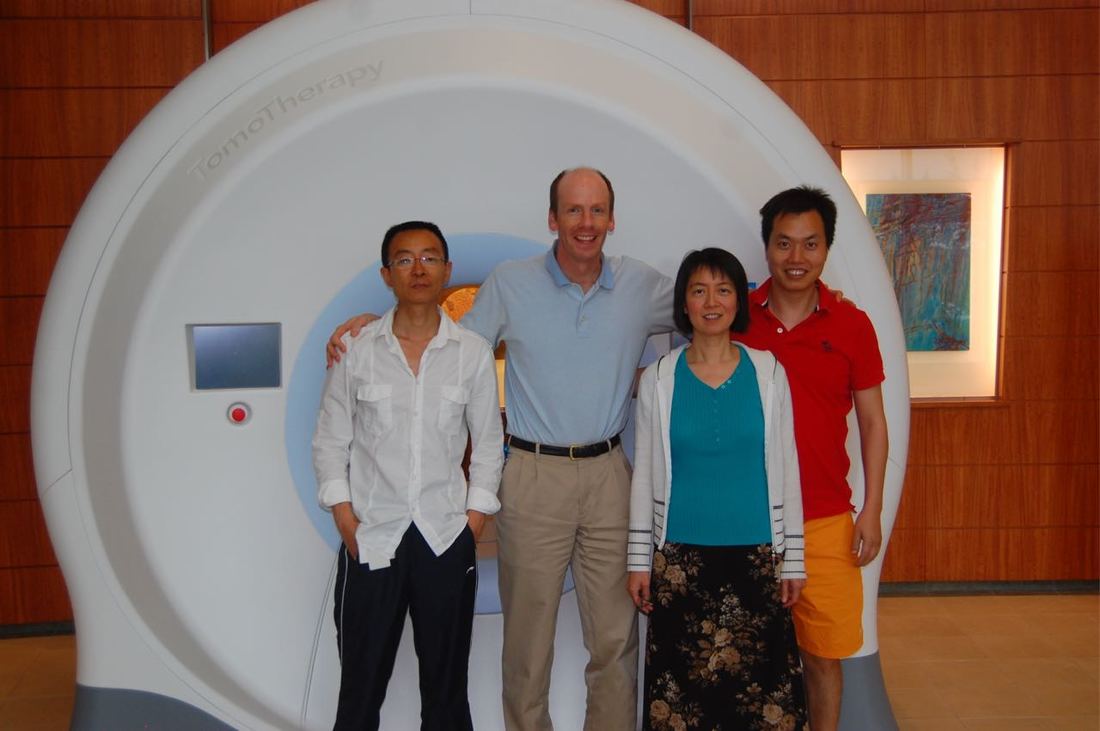 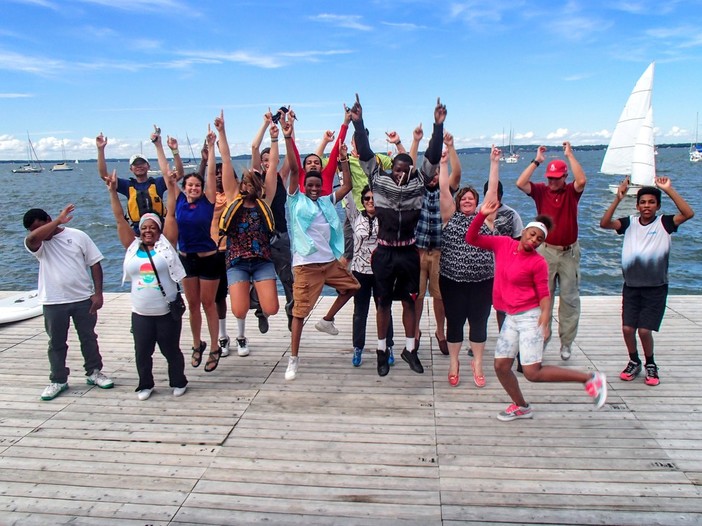 ​Windsurfing brought Yu immense joy for many years, but it also put a sudden end to his vibrant life. On the afternoon of May 31, 2017, Yu sailed his board on Lake Mendota for the last time and was struck and killed by a powerboat. He leaves a deep, everlasting imprint of his soul in the hearts of those who loved him and cherished his friendship. 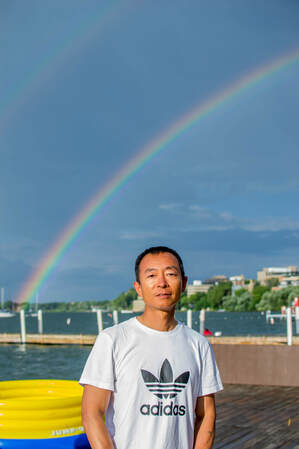 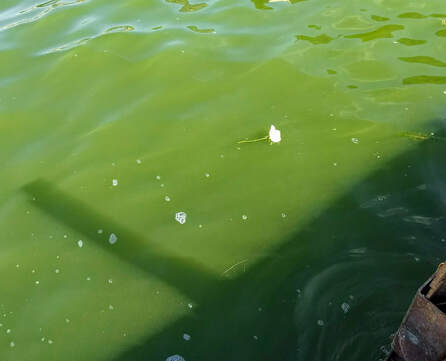 Links to more about Yu Chen
​